November 9th- Memorial of the Martyrs of the Spanish Civil War 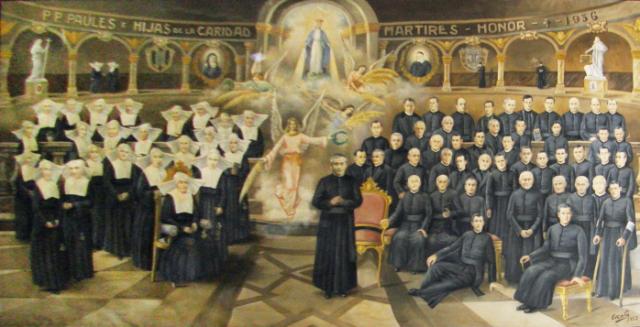 It seems that the more things change…the more they stay the same. In the history of the world…a world created by God….Nothing falls into this pattern quite as much as the perpetual efforts of the evil one to destroy the good that God has created… Stretching all the way back into the garden of Eden ( that is of course, if we don’t include his infamous battle with St. Michael in heaven.) The truth is, that the devil despises Christ so much so, that he will stop at nothing to destroy the Holy Church that Christ Himself founded…The Church He built upon the rock of Peter….“And I also say to you that you are Peter, and upon this rock I will build My church; and the gates of Hades shall not overpower it.” – Matthew 16:18

Just as God gave us His only begotten Son, Christ, as our Redemption… to further that work and ‘make Disciples out of all nations‘ (Mark 28:19)…He  gave us the Catholic Church, starting with His very Apostles, as an aid in that redemption. This Church, founded by Christ …the Holy Mother Church…His Bride… is our guide us as we journey here on earth and make our path towards heaven. The devil knows this…and loathes it, precisely for this reason …  Even as Christ told His disciples that He would be with them until the end of time… the devil’s pride still tries to defeat Christ’s redeeming action… he cannot let it rest, he simply cannot let it go…Pride does horrid things, and as we scroll through the vast pages of history, particularly Church history, we see that every couple of years or so….he rears his ugly head…spitting forth blasphemy from his tongue of lies.  With a cunning smoothness that earned him the title as ‘Father of Lies’….his errant whispers stir the corners of  darkened souls… and the scourge against the Church…against God’s Christians begins again…. 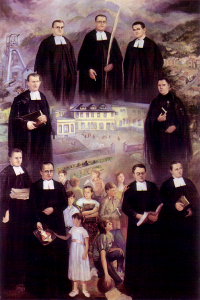 As I was combing through the list of saints who we honor today, I came upon a list so long that I had to investigate. Name after name after name….. were listed as Martyrs of the Spanish Civil War, which occurred from 1936 – 1939. At first, so much of  my research was thwarted by all the propaganda and anti-Catholic rhetoric…So much misinformation surrounds this horrible event…It’s as if somehow all of these holy men and women deserved the brutality they received…that somehow … these men and women who vowed to live their lives for God, somehow deserved their terrible fate…

It became quite clear to me, that so much of the history that Americans are taught as being fact, is just a continuation of the erroneous lies that fill the secular schools these days. The ‘history‘ that is taught about the Spanish Civil War goes something along the  story lines of an oppressed working class, who called themselves republicans (but who were really socialists) and rose up against a tyrannical aristocracy that was  allied with the Roman Catholic Church. We are told they wanted only what was best for their country. We are also led to believe that their people’s revolution was brutally suppressed by a fascist military dictator named Francisco Franco, who was a puppet of the German Nazi regime. 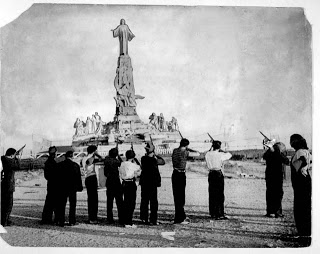 When what really happened is this: during the municipal elections of 1931, a Second Spanish Republic was triggered, and an anticlerical (read anti-Catholic) government was brought into power. The Prime Minister Manuel Azaña felt that the Catholic Church was to blame for the way Spain was perceived as being a backward nation, much too traditional and conservative... and he wished it to be more progressive. As an admirer of the 1914 French Republic, he wanted the Second Spanish Republic to copy it.  As with all communists, he wanted to remove Christianity from the schools, from the hospitals and even from the Churches. One of the first things he did, was to remove the crucifixes from the classrooms…(a case of out of sight out of mind…you might say)  He wanted all of the schools to become secular institutions. And because he wanted to influence a larger number of youth, he wanted these schools to be tuition free.

Communist militias moved in, and Spain was then overcome with a diabolical terror that seized her and waged war against the Roman Catholic Church and her faithful. It was the greatest period of clerical executions since the French Revolution, only the brutality  carried out here, was done on a much larger scale. For the faithful it was a war waged to free Spain and the Church from the grip of Marxist tyranny. 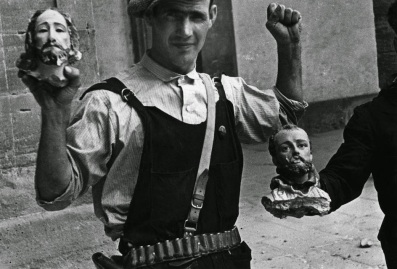 The whole of Spain was unsettled and many Churches were destroyed…bombings were a daily occurrence and Spain was wrought in a terrible battle. Many Catholics were killed simply because they could not in good conscience support a communist revolution. The number of Christians martyred during this religious persecution rose into the thousands.  According to historical studies the number of people killed during this time, runs into the tens of thousands, with over four thousand being clergy, twelve bishops, numerous seminarians, over two thousand brothers and over two hundred sisters and many…many more Catholic laymen.

The Spanish Civil War was clearly the plan of the devil. It was an evil attempt to open the gates of hell in Spain… and for a time, hell was loosed on the Christians in Spain. There were likely many more who were killed and brutally martyred that we will never know. Many of those killed, were murdered, execution style for the mere ‘crime’ of practicing their faith and refusing communism. Many were killed as they knelt and prayed for their killers. But God is good…He is Awesome, and He uses the sacrifice of the martyrs…joining it to Himself, and He uses their blood as a pool of graces for the faithful that remain.

In the end, the defenders of tradition, order, and Christianity won the war after which, Spain enjoyed decades of prosperity and vitality and a culture rich with Catholic influence.  As Christians, we always need to be on guard against the whisperings that contradict our Faith…that contradict the teachings of Christ. We need to guard ourselves with the armor of the Lord and be prepared to battle. Our own country seems to be entering a climate of hostility towards Christianity and the freedoms associated with it. I feel that  we may be entering into another period of time in which the evil one rears his ugly head….(think of the Christians in Texas…) But no matter what, we must remember that regardless of how desperate things look….how desperate things get… it is a battle that God has already won. so as we close, let us pray for the intercession of the Martyrs of the Spanish Civil War, that their blood may be for us a seed of Christ’s Church, not only in Spain, but in the rest of the world as well, particularly those areas where communism and socialism are chomping at the bit, threatening to take Christianity with it, which in essence is the very soul of humanity. May the good Lord have mercy on us all.