There is an All Out Assault Being Waged Against Our Children 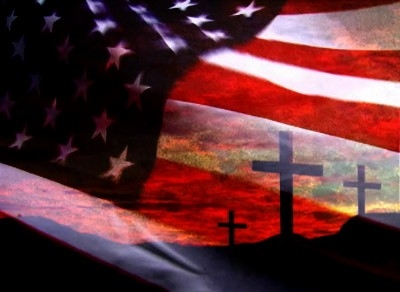 As we make our way through this season of Lent we have been reminded in a much too familiar way of the evilness that thrives in our world…We have been reminded that there is in fact a battle being raged for the souls of our children...Conspiracy theories or not, we have come to the ugly reality that there is evil in the world…It has long ago arrived, and it is coming to steal the lives of our loved ones…coming to steal the lives of our families and children.

With ashes still fresh on our foreheads, we watched as the carnage unfolded… and when all the commotion settled down, seventeen people had lost their lives. There are many details that remain unclear, and there are many unusual circumstances surrounding the way the events played out. We may never know the reasons behind the shooting that happened last week, but we do know that at the end of the day seventeen people were dead … We may never know who actually pulled the trigger, or if there was in fact more than one shooter, but what we do know, is that the devil, in his clever devise, released his toxic breath upon the people of Parkland Florida… and then using our immersion in the culture of death against us, once again, he destroyed what rightly belongs to God.

There is more than one dimension to the lies, for as if on cue, the major news outlets started spewing the same mantra that they always do, aiding to the division, stirring the pot of chaos… Almost immediately, those who care nothing for our safety or the safety of our children started calling for stricter gun laws…demanding that ‘something be done...’ We all know what that phrase means…they would like to see the rights of Americans to protect themselves ripped from the Constitutional pages of this great land…  As if somehow that would put an end to the violence… as if somehow that would stop the monsters that are waiting to devour our children. Eating them from the inside out. But it won’t.

Our society as a whole is suffering. We have removed God from every aspect of our lives. We have been raising our children in godless homes where there is no right or wrong … And when it comes to our behavior, we have been teaching them to embrace the lies of the devil … we’ve created an anything goes kind of society. We have abandoned the Truth and our sense of morality. We have replaced our moral compass with one that  changes with the winds of time and then act as if we are shocked  and dismayed at the resulting carnage.

We have turned away from the Truth that Christ taught us about God, and about His laws for how we are to live, specifically how we are to treat one another.  His laws are the very foundations that this country was built upon... But we are fallen. We have twisted the reality of God and the devil and unfortunately by denying the Truth of their existence, we have robbed our children of their innocence in more ways than one. In a way we have given our children over to the devil and his plan. These killing fields show us that he desires their souls and he has come to claim them as his own…The war has been raged and it will be a battle in the spiritual realm… “For our struggle is not against flesh and blood, but ….against the powers of this world’s darkness, and against the spiritual forces of evil in the heavenly realms.”(Ephesians6:12)

Unfortunately, when this kind of violence erupts, it is the same outcries over and over. Everyone claims they want an answer…everyone claims they want all this senseless killing to end…and yet, the solutions they provide are not solutions at all. The vast majority of these people refuse to acknowledge that this is not a problem of guns….Sure, guns are a part of it…but from what I have seen of all of these killers….is their fascination with violence. Even this young man’s social media accounts… were rift with all kinds of violence.

Like all of the others who have done these horrible killings, he was a sick young man with a twisted fascination with the culture of death… His language…his posts, all show a deep lack of human decency and respect. His social media posts seemed to boast of his anger and his hatred, and even though many people looked at his posts and commented on what he said, they failed to see the evil that was on public display… and many did nothing about it. But even when someone did alert the authorities, they dropped the ball and didn’t even check him out. It is so bizarre, but unfortunately,  it is a story so familiar in more ways than one...

Our once Christian nation  now brags of her evil ways…and the laws that had been put in place as a safe guard for the people, have been changed. These laws now fail to protect the most vulnerable among us…the unborn, the infirm…and the elderly. There are people being killed every day across this great nation. Most of these murders are promoted under the guise of care and compassion. These murders now enjoy a special protection from a court system that regrettably has fallen under the grasp of diabolical men. Men who promote abortion and euthanasia as ways of dealing with the unwanted…the outcast….

This culture of death, is like diseased flesh…and it is spreading. Our young people are being raised with no sense of sanctity for human life…The sacredness of the human soul does not matter to those who regulate and pass our laws… and this same lack of sacredness is being passed into the broken homes and the broken children who are being raised there. In our pride of being able to control ourselves without the laws of God, our society has managed to slide down into the land where decency has lost the upper edge and morals and values are in quick decay. We don’t want to judge anyone..but that doesn’t mean that we must sit by and watch the wrong being done without doing something…without praying against this evil that is everywhere…

Well, I just had to voice my two cents. This is going to be a tough battle for us all. Our freedoms depend on it. In essence, our lives depend on it. New gun laws won’t protect our children. New gun laws won’t keep us safe. As a nation, we need to repent and return to God what is rightly His. And we need to start recognizing that evil is real. That the devil is real. And he’s coming for our children. With or without guns.

One more thing, when we talk about sending our prayers and our thoughts to the victims…well, our thoughts won’t do anything for them, unless they prompt us into some sort of action. Prayers on the other hand, can do so much more! But first, we must turn away from whatever separates us from God, then with a humble and contrite heart we should fall on our knees before the Lord… seeking His mercy and trusting in His Ways…Carrying our burdens before Him…carrying these families and these victims to Him, praying for their burdens to be lifted…praying for His consolation to wash over them and bring them comfort. Let us also pray that one day our country…this great nation of our will once again humble itself before the Lord seeking forgiveness for our past transgressions and seeking His Light in all of our days. And contrary to what the news media is saying…our prayers will help…our prayers will bring healing…. we just have to believe and trust in God again.

“If my people, who are called by my name, will humble themselves and pray and seek my face and turn from their wicked ways, then I will hear from heaven, and I will forgive their sin and will heal their land.” 2 Chron. 7:14

“Blessed is the nation whose God is the Lord, the people He choose for His inheritance.” Ps. 33:12

Like Loading...
This entry was posted in Some thoughts and tagged humble ourselves before the Lord, praying for our country, reality of the devil, shooting at Parkland High. Bookmark the permalink.