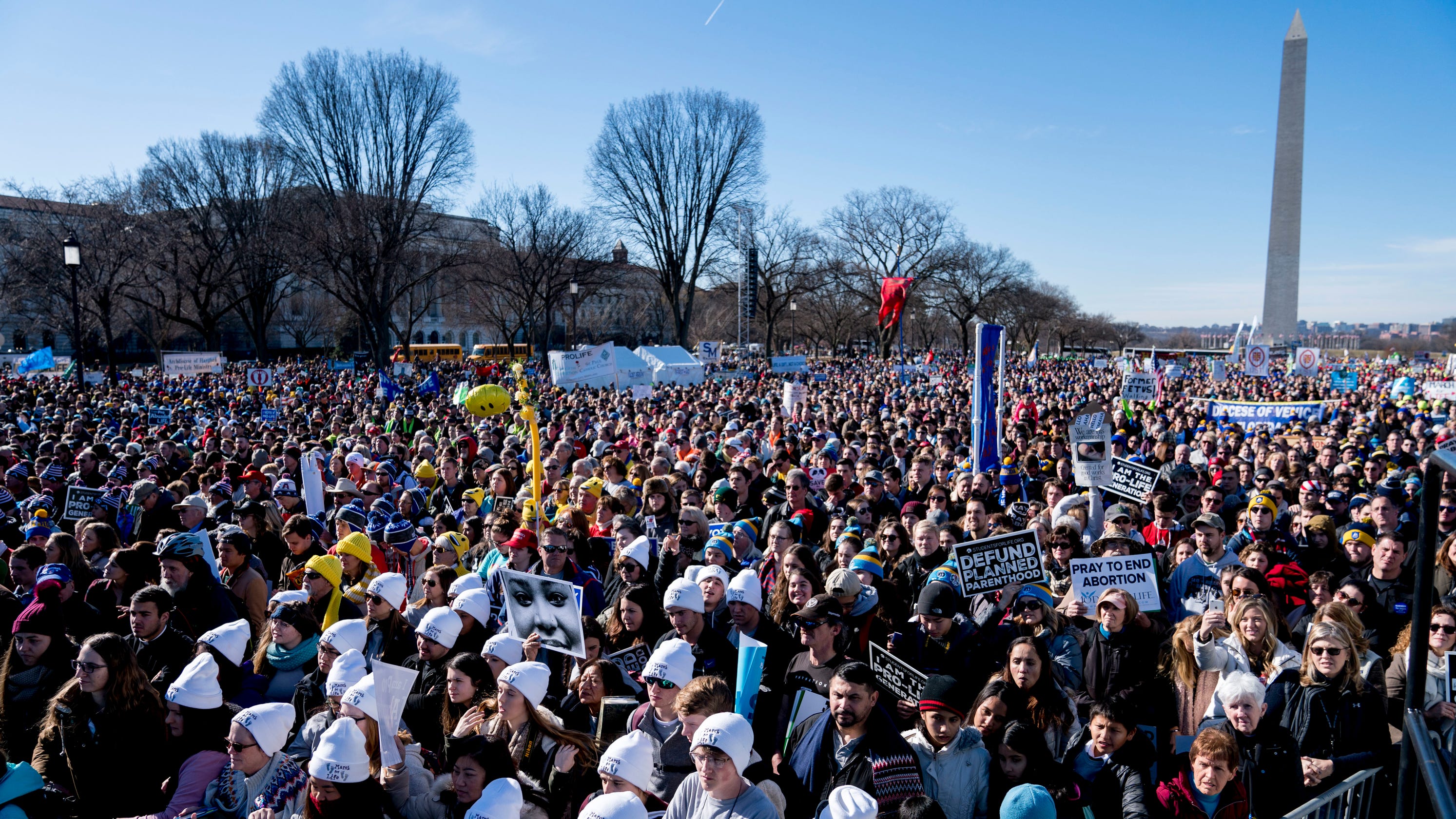 This is just one of the many pictures that are online of the March for Life that took place yesterday in Washington D.C. Unfortunately, like in years past, E.W.T.N. was really the only television station to provide full day coverage of the event. Most of the news channels avoided it, and the others that did mention it failed to point out the huge number of people that had gathered in the snow covered streets of D.C. to once again stand and “march’ for life. Some reports are going as high as 700,000!

January 22nd marks the 46th year since the grande courts of America turned their heads… their hearts, and their votes against the most vulnerable in society… the unborn. So many people today can’t even imagine a world where the killing of an innocent pre born child would not be considered a ‘choice’. And yet, even in this culture of death, there is hope.

So many of those who march are from this same age group. They have never known a world without abortion and yet they hang onto the hope of such a world. They are able to discern the truth of life from the lies of the world and they are marching. Marching in record numbers to be a voice for the voiceless. Gathering in the cold to show the world that they will not sit by and watch these atrocities occur without doing something. Looking at these pictures of the March brings me a sense of hope, a sense of Happiness, to see so many young people aligning  themselves with the pro-life movement, it means we have got a chance. It means that maybe…just maybe…things can change for the better. But not without us… we have got to be the change we want to see in the world. We have got to be pro-life. Pro-God. Pro-love. A true kind of Love. (Not the kind of love they scream about on t.v.)

We have got to do more. Be more. Pro-life. It is more than just a slogan. It is a way of life. “Do you have what it takes to pick up this cross and follow me?”